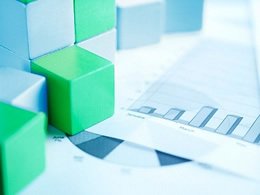 Out of sight in plain sight

Everyone is looking for money – in all the same places. If you want to find money, you need to look elsewhere. But it is out of sight in plain sight.

The process of raising capital has remained largely unchanged for more than twenty years. With the exception of sophisticated derivatives and complex insurance swaps, (the likes of which many wish they never see again), raising capital is a relatively easy to understand process, depending upon the stage and type of organization that is seeking funding. There are countless books and white papers easily available covering the steps to raising capital. The circumstance in which one raises capital may change, such as the state of the economy, but the paths remain relatively the same. And there is always money available for a good deal if one follows the proper process.

The Cart Before The Horse

With over $500 million in capital raised over the past 20 years, ranging from friends and family to venture capital, philanthropy and the finest investment and merchant banks, our experience shows it is not the capital that is the important area of focus for entrepreneurs. Money is the cart before the horse.

The Secret To Capital Formation

The Ecology of Commerce

Our entire economy operates as an Ecology of Commerce™, a living system of the Commerce of Value™, where a multitude of Currencies of Value™ are exchanged in a continuous complex system.

This system can be seen in both the natural environment as well as the human economy. Value, ranging from food and resources to emotional needs are met with the exchange of something of commensurate value. Money is only one of a wide number of currencies of value. The common mistake many make is to only look at the exchange of money as the only currency of value, when there are other essential currencies of value that must be accumulated in order to then be monetized. Successful entrepreneurs have a knack for accumulating alternative capital.

The process of alternative capital formation is the accumulation of these other forms of currencies of value, both tangible and intangible. Tangible assets can include equipment, prototypes, buildings, cars, etc. all of which add to momentum, social proof of worth and confidence. Intangibles can include confidence, momentum, intellectual property, team members, plans, endorsements, credibility, tenure, sponsorship, and other elements of the storytelling that help build, the emotional and intellectual; storytelling that this idea or plan is good, real and has potential”. Otherwise, why would anyone follow the leaders, chase the idea or fund the organization? Few stop to take a look at the “Blinding Flash of the Obvious”, that alternative capital formation precedes monetary capital formation. Raising capital is the act of monetizing alternative capital.

If one masters the concept of Alternative Capital Formation™ then the entire process of business planning and capital formation, from due diligence, team gathering, story management, presentation, investor selection, advisor recruitment, etc. becomes easier to understand, more strategic and tactical as a go-to-market action planning and logical steps, Entrepreneurs can map out the things they need to do before they can raise money and therefore have a much easier time managing their own expectations as well as the expectations of their stakeholders. The mythic nature of fund raising becomes de-mystified, much more like common sense.

There is nothing worse than becoming Addicted to Hopium™ with no money and no plan. It makes no difference whether you are a solopreneur, a serial entrepreneur or the CEO of a Fortune 500. Everyone must master the art of alternative capital formation in order to effectively monetize any concept or innovation. With this approach, it is also more probable that the entrepreneur can innovate, learn alternative capital formation techniques such as partnerships, joint ventures, barter, sponsorships, or other creative and non-traditional techniques to raise the merchantable value of their idea or organization. It’s not rocket science. It is however an important paradigm shift for most entrepreneurs.

We have been specializing in Alternative Capital Formation for decades. If you would like to learn more, contact us.

Get a Free Report