The Martial Art of Decision Making 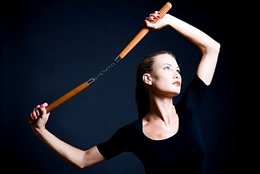 Every Business is built by decisions

Every Leader is made by decisions

Every Action is the result of a decision

Where is Decision Making Learned?

And yet, how many entrepreneurs (or people in general) are taught decision making? And by whom? Mom and Dad? A Boss? The School of Hard Knocks? The playground? High School or College?

Decision making is rarely taught in schools. So where is it learned? From the media? Television? Magazines? Perhaps a mentor? (But who taught them?)

Where is the instruction book?

Entrepreneurship, the art of building the business of your Life, is dependent upon these decisions. Doesn’t it make sense to master decision making as part of it?

It’s worth a lot of money

One mistake can cost a lifetime of work or be worth millions. There is a presumption that if someone has enough information, they will make a right decision. Not so. In fact, more information can lead to overwhelm.

Think about the list of decisions each person must make every day; mindset, health, life, career, family, home, economy and fun. How many people are like deer in the headlights of an oncoming car – paralyzed by complexity?

Decision making is a mastery skill

Decision Making is like a martial art. It is a discipline, a philosophy and a practice. In order to master any martial art, to train the body and mind in motion in a highly dynamic environment, one must begin by acknowledging one’s status as a novice and then take the steps to become an expert.

The same applies to decision making. Decision making can be broken down into steps and then practiced and mastered.

With decision making mastery, what used to be big decisions seem small. Anguish and uncertainty can be replaced with confidence and clarity. Procrastination is transformed to action. Good decisions can be made faster. Bad decisions can be realized and responded to sooner.

If you want to learn the Martial Art of Decision Making™ to become a better leader, to save money, to have more confidence and to achieve faster better results, then contact us. Make the right decision.

Get a Free Report